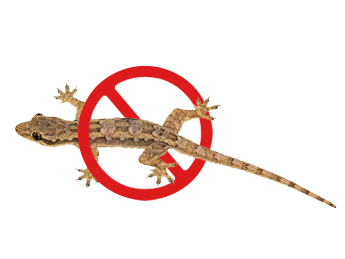 Lizards are common pests in houses, factories & building,. There are several different types of lizards that are naturally occur in and around houses, building, factories. They may be a pest according to season or geographical regions. Lizards are pest simply by their presence indoors. They do not live or infest indoor areas but come from surrounding while most people do not like lizards or are frightened by their presence on interior walls and counters. These animals are not harmful. They will not bite people or pests.

Lizards are inactive primarily during day and night. They move indoors during the early evening or early morning in search of insects that are attracted to lights. Lizards feed primarily on insects and spiders. They especially prefer ants. They are solitary animal but they may occur in large nos. where there is an abundant vegetation & moist conditions. Matting occurs in the spring & eggs are laid. Soon after the eggs are hatched in summer young lizards take about 2 years to become adult. The young ones are recognized by their small sign of short tail.

Lizards are a nuisance as their dropping stain pictures, walls & ceiling. A house lizard is also called a gecko. It is a secretive creature that feeds on insects. It belongs to a particular non-speckled species that is able to change its body color to either black or beige depending on the color of the surface they are on. It will change to a black color when the background is dark or switch to beige when its background is a lighter color.One of the most obvious lizard facts is that lizards are the most common reptile . In most cases we can even find one or two living in our own house. Most lizards live on the ground or in trees, while other species might be found in deserts, rain-forests, rivers, streams, or even in subterranean burrows.

The lizards even though do not cause much harm to human health, it may cause nuisances through crawling into the food stuff and contaminate it. It can be harmful if its droppings fall on our food stuff and hence it can be controlled by our best pest control methods. Being insectivorous, lizards feed on insects, which get attracted towards the light. We carry out this treatment during dis infestations and hunt for the lizards, which are generally hiding behind dark & undisturbed areas.